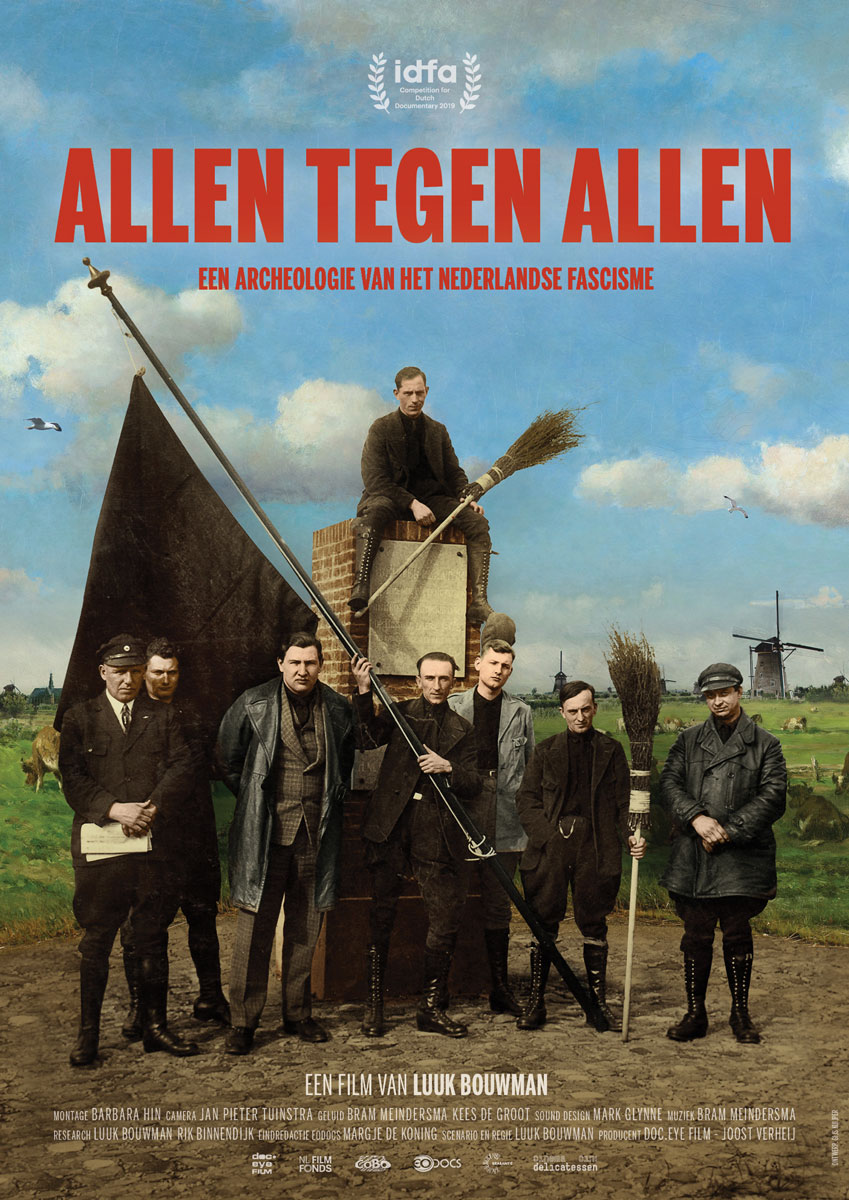 What is a fascist? Was fascism a one-off historical phenomenon or is it something of all times, a certain mentality? All Against All investigates this question on the basis of pre-war fascism in the Netherlands. Holland, usually associated with liberalism and tolerance – turns out to have had tens of fascist movements between te wars. An unknown history of constant quarrels, intrigue, schisms and mergers; countless small führers with large egos and little self-insight tried themselves at the expense of everyone and each other to become leader of the Netherlands.

All Against All premiered on November 21st 2019 and was aired on Dutch public television in May 2021. The documentary featured on the Movies That Matter Festival in The Hague, at tje Festival of Tolerance in Croatië, at the Beyond Borders International Documentary Festival in Griece and on Pordenone Docfest in Italië.

You can order a dvd in our webshop. If you prefer a Vimeolink, please send us an email (info@doceyefilm.nl)