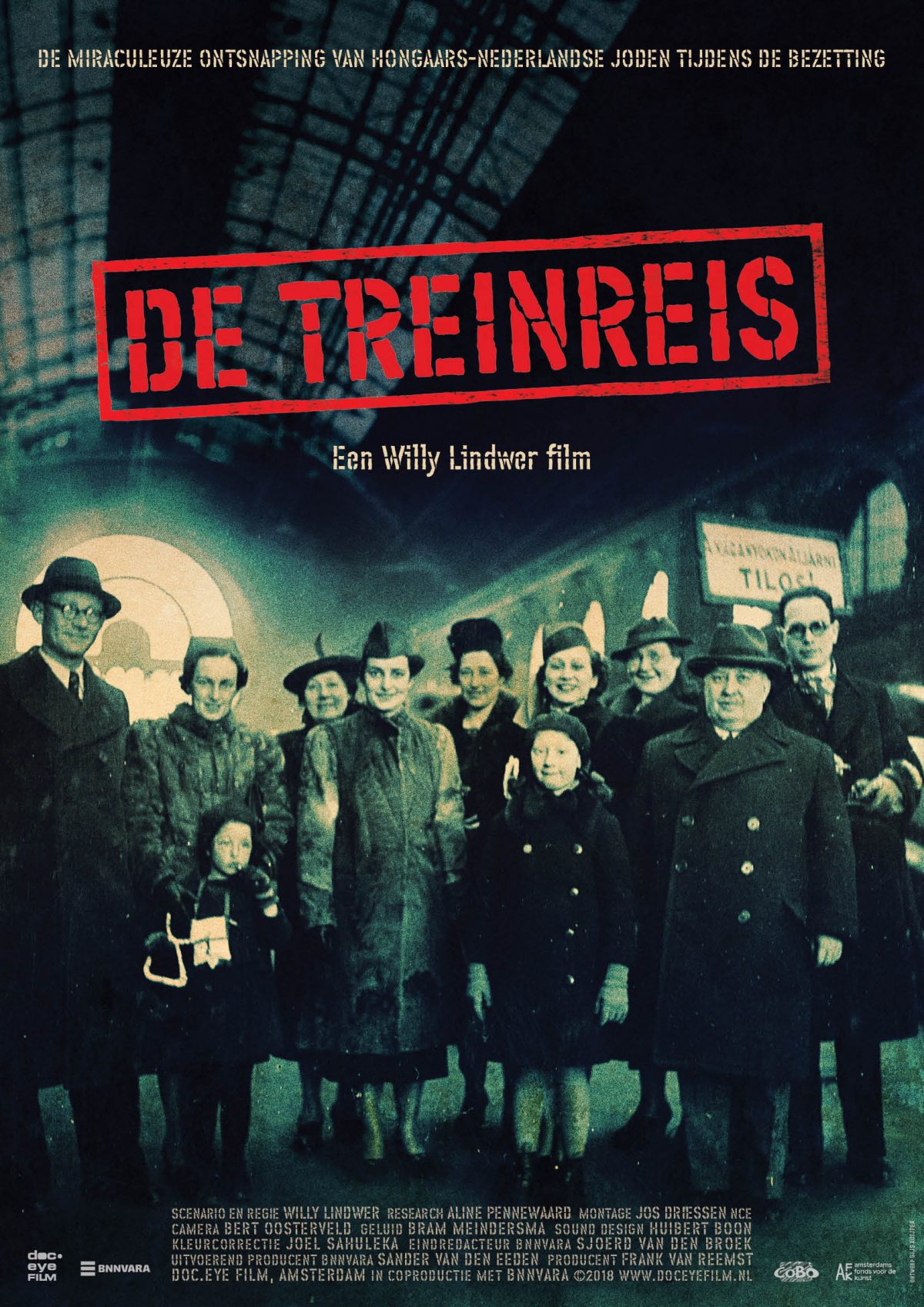 The Train Journey tells the unusual and unbenounced story of five train journeys made by 89 Hungarian Jews and their Dutch families from occupied Holland to as yet unoccupied Budapest. After the Nazi invasion of Hungary in 1944, most of these Jews escaped deportation thanks in part to the courageous intervention by the Swedish diplomat Raoul Wallendberg. The majority of the survivors returned safely to Holland after the war.

The stories of the last five living survivors, witnesses to the journey, form the backbone of the film. Gideon Hartman, son of one survivor, retraces his parents’ journey. It was only after their death that he discovered the special situation surrounding his parents’ escape. The journey begins in Amsterdam at places where his parents stayed or were hidden. They would eventually flee from this city for Budapest.

Gideon doesn’t make the trip alone, but is accompanied by Anki Tauber who survived the train journey as a ten-year-old child. Gideon needs Anki in order to get an idea of what his parents experienced during their escape from Amsterdam to Budapest. They visit places where his parents subsisted and meet other survivors of the train journey. Together they tell how some of the Jews from Amsterdam were saved even as the majority of Hungarian Jews were deported to extermination camps in 1944. This previously untold story contains scenes of vitality and voices of the present that, combined with archival material, allow the past to be relived while appealing to the imagination. The film’s quality lies in its juxtaposition of past and present, innocence and empathy, continually supported by a consequent sound design.

A dvd of this film can be ordered in our webshop.