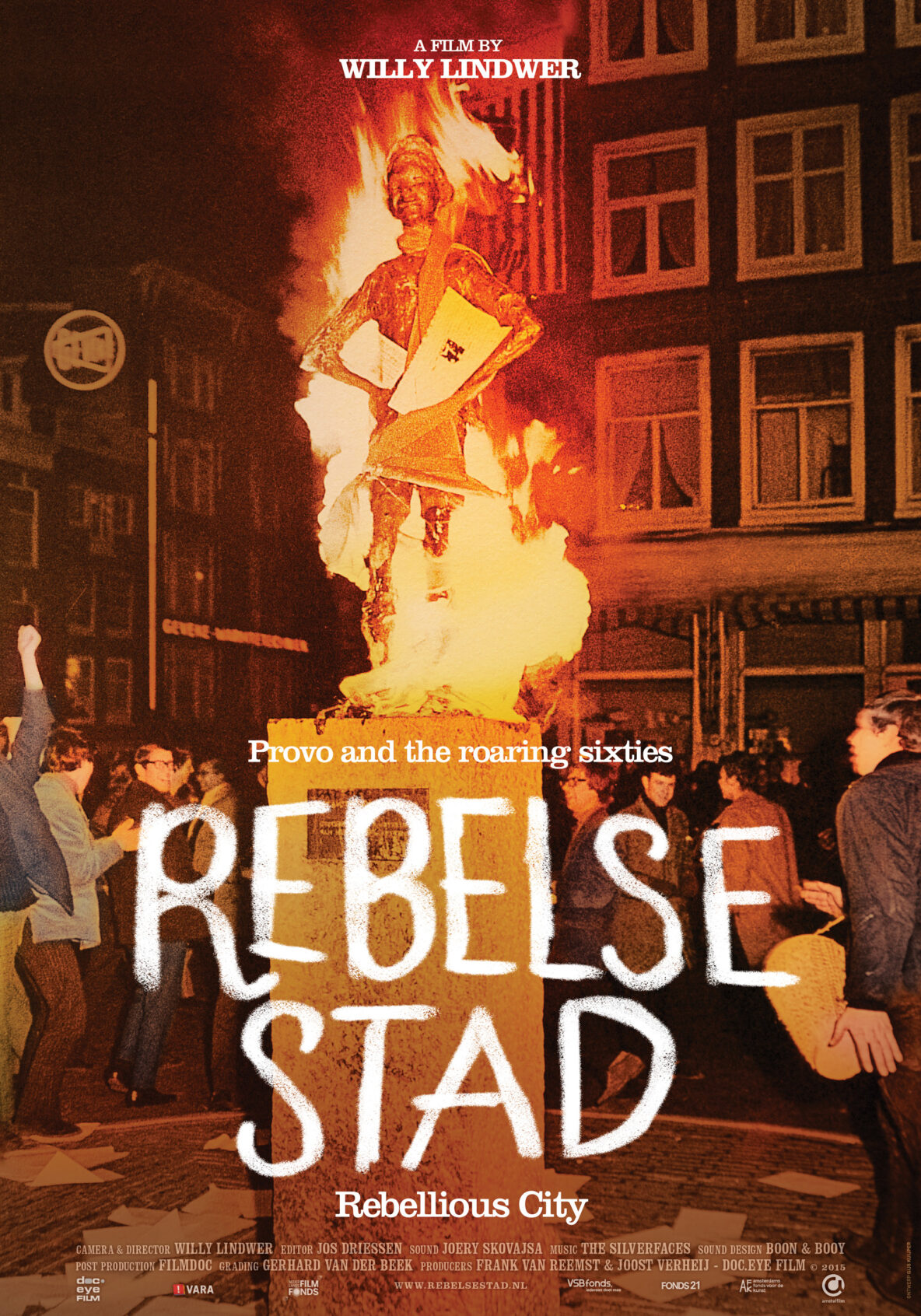 Rebellious City shows how a small group of young people in the Amsterdam of the Sixties provoked authority with anarchist élan and happenings, drove the police and mayor to despair, gave young people their own voice and changed the Netherlands forever. Unintentionally, Provo became the mouthpiece of the desire for change. The documentary revives that period during which post-war youths were tired of being tied to the apron strings of the church, the authorities and their parents.

In Rebellious City, people like Roel van Duijn, Saar Stolk, Luud Schimmelpennink, Hans Metz, Bernhard de Vries, Irene van de Weetering, but also Robert Jasper Grootveld (who becomes alive in a never before shown compelling interview) Cor Jaring, photographic chronicler of that era, along with trendsetters of the Sixties like  Willem de Ridder, Phil Bloom, Simon Postuma and others talk about the creative, playful and inspiring Sixties and the rise and fall of the Provo Movement. In combination with unique archival footage, they talk about how in early 1965 the anarchist Roel van Duijn launched the Provo Movement with Rob Stolk, propagated Provo with anti-smoking activist Robert Jasper Grootveld, and turned Amsterdam into the magical centre of the world. Photographer Cor Jaring proudly shows off his press helmet with smoke screen and talks about how Amsterdam achieved mythical status thanks to his photographs. In the meantime, Willem de Ridder rides around Amsterdam with his Paper Konstellation and everything becomes Fluxus art. Former Provos describe their cat-and-mouse game and how they prepared their actions against the marriage of Princess Beatrix and Claus. With white plans, white clothes and playful provocations, Provo turned Amsterdam into the Magical Centre. In the end, Provo collapsed under its own success and differences. Bernhard de Vries was the first to become a Provo city councillor. Roel van Duijn wanted Provo to continue, but Rob Stolk and others disbanded Provo.

Sex before marriage, nudity on TV, new politics, abstraction in art, protest against Vietnam. The Netherlands had left its placidity behind permanently.