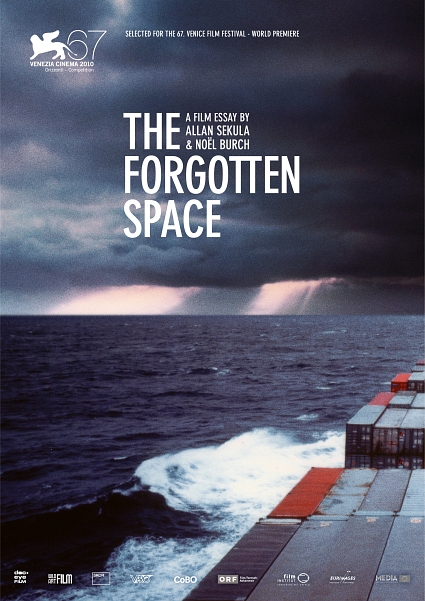 To rule the sea is to run the world.

The sea is forgotten until disaster strikes. But perhaps the biggest seagoing disaster is the global supply chain, which – maybe in a more fundamental way than financial speculation- leads the world economy to the abyss.

The film follows container cargo aboard ships, barges, trains and trucks, listening to workers, engineers, planners, politicians, and those marginalized by the global transport system. We visit displaced farmers and villagers in Holland and Belgium, underpaid truck drivers in Los Angeles, seafarers aboard mega-ships shuttling between Asia and Europe, and factory workers in China, whose low wages are the fragile key to the whole puzzle. And in Bilbao, we discover the most sophisticated expression of the belief that the maritime economy, and the sea itself, is somehow obsolete.

A range of materials is used: descriptive documentary, interviews, archive stills and footage, clips from old movies. The result is an essayistic, visual documentary about one of the most important processes that affects us today.

Jury rapport:
“An epic view and urgent analysis of the follies of global capitalism, ‘The Forgotten Space’ is a prime example of essayistic and political cinema. It creates a complex tapestry of powerful images and language”

The documentary received a ‘Mención Especial‘ at the Filmfestival Gijón in 2010.

The Forgotten Space is initiated by SKOR. Co-producer is WILDart FILM from Austria.